CAMP BESTIVAL 2021 WITH THE SMILEY-HALVES

Our first appearance at the award-winning Camp Bestival started on the Wednesday with the set up of our SMILEY-HALVES Gazebo. Set in the beautiful grounds of Lulworth Castle the SMILEY shop stood out looking amazing with all the fantastic products including the new neon Legendary t-shirts and water bottles. We were ready for 4 jam packed days of Collect & Connecting with great music, performances and activities for all ages happening all over the festival. 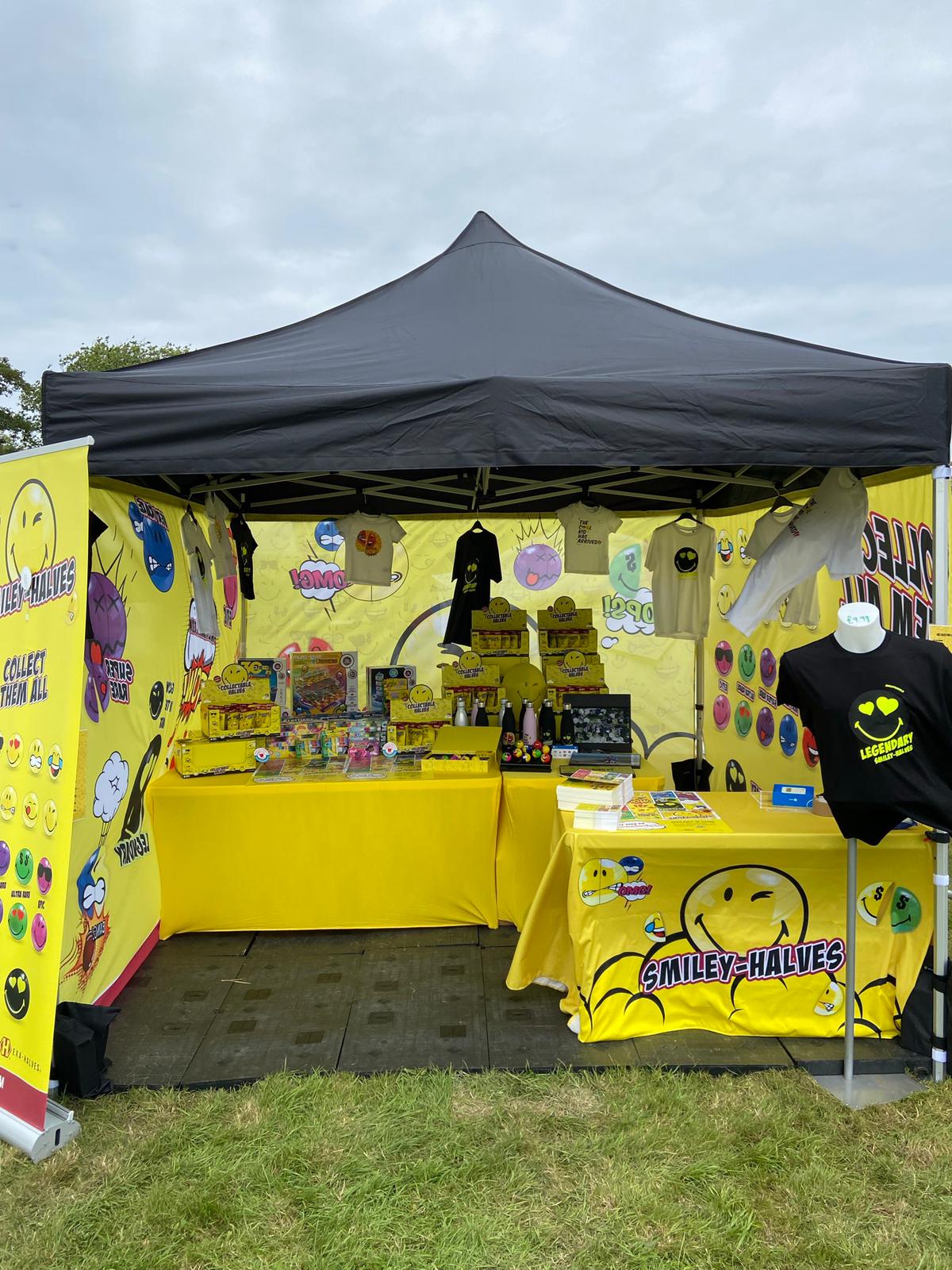 The response to the SMILEY-HALVES was amazing from the get-go with the children creating there very own fidget trading area swapping their smiley-halves to make the emoticon faces they wanted. 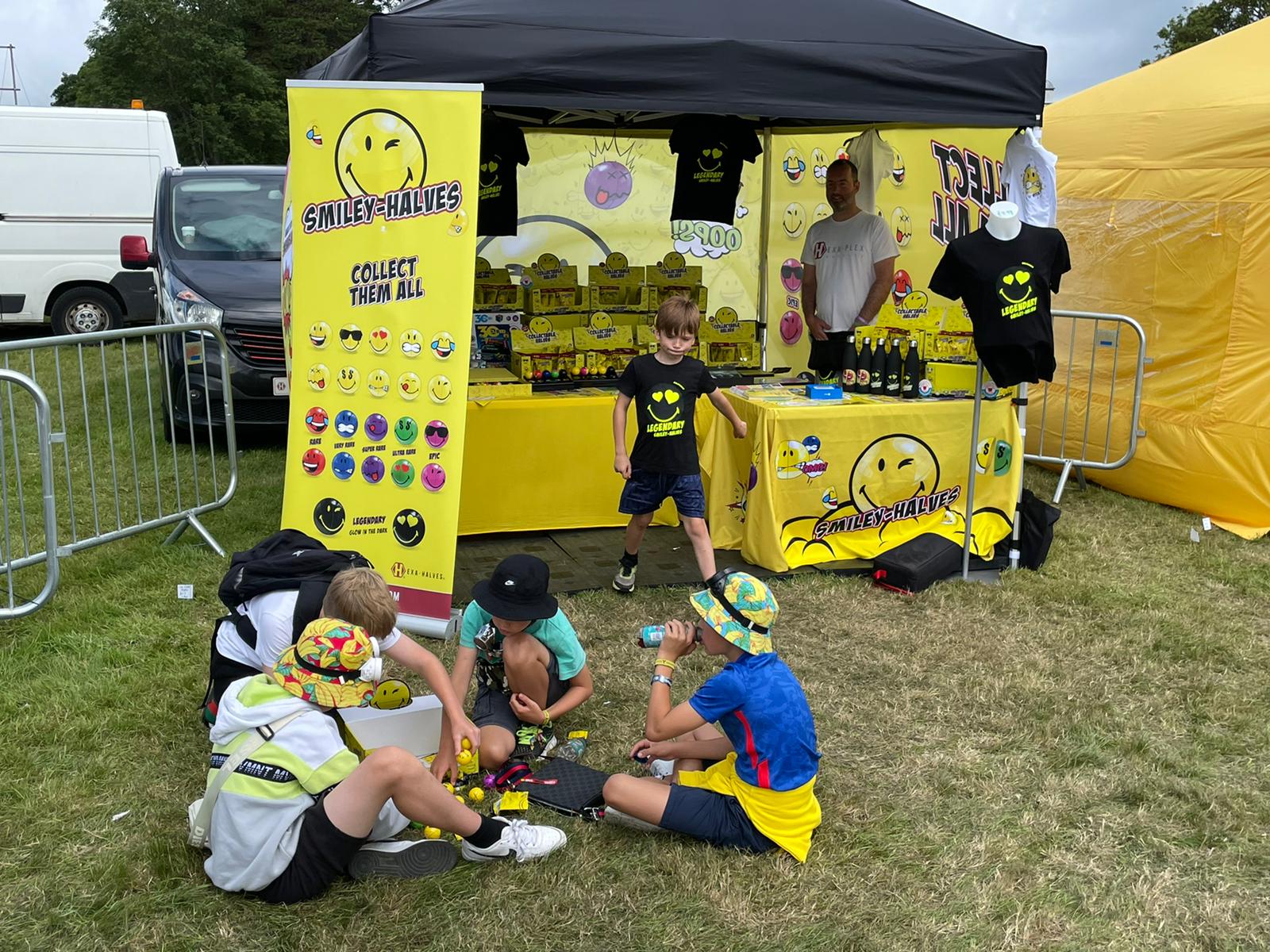 By the end of the festival there were SMILEY-HALVES everywhere as the collectable craze had spread throughout all areas of the festival and with posts being sent to our social media channels, we were enjoying seeing the smiles. 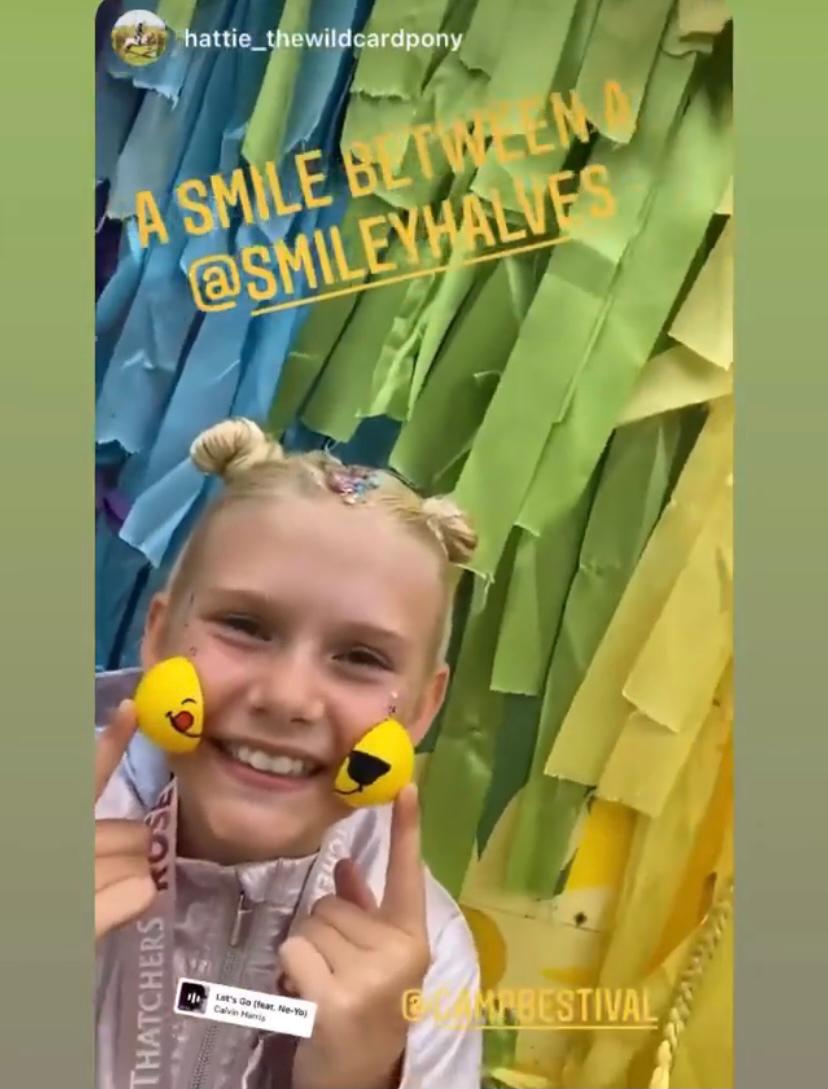 There was also plenty going on at the festival with performances from Blossoms, Sara Cox, Level 42, Mr Tumble, Tim Burgess, Self Esteem, Georgia, Craig Charles, S Club Party to name a few.

The music was fantastic with Beck Hill playing her first ever headline, Fatboy slime celebrating his birthday onstage and Groove Armada Super Stylin’. There was so much to see and do and we the atmosphere was so friendly we look forward to a potential return in 2022.

“My HEADLINE show, my first ever…it changed my life and it won’t ever leave me” Becky Hill

“Pulling off a festival in such times is no mean feat. They brought people together to dance, laugh and let go and it made my heart burst” Fearne Cotton

Latest from the Blog

This website uses cookies to improve your experience while you navigate through the website. Out of these cookies, the cookies that are categorized as necessary are stored on your browser as they are essential for the working of basic functionalities of the website. We also use third-party cookies that help us analyze and understand how you use this website. These cookies will be stored in your browser only with your consent. You also have the option to opt-out of these cookies. But opting out of some of these cookies may have an effect on your browsing experience.
Necessary Always Enabled
Necessary cookies are absolutely essential for the website to function properly. This category only includes cookies that ensures basic functionalities and security features of the website. These cookies do not store any personal information.
Non-necessary
Any cookies that may not be particularly necessary for the website to function and is used specifically to collect user personal data via analytics, ads, other embedded contents are termed as non-necessary cookies. It is mandatory to procure user consent prior to running these cookies on your website.
SAVE & ACCEPT